Does Google give gifts?

In my last post I criticised the view that all giving carries an obligation to reciprocate. I offered charitable giving, volunteering, bringing up our children, and the provision of free-to-access material on the Internet as counter-examples. That doesn’t mean that giving is never reciprocal, but rather that there are multiple different kinds of giving, with different characteristics. In this post I want to say a little about different kinds of giving and illustrate the argument by looking at the case of Google search results. Google’s offerings are also useful because they help to drive home the point that giving is very much part of the economy, even the commercial or capitalist economy. One consequence is that the market logic that suffuses mainstream economics is inadequate even for making sense of the commercial economy, let alone the forms of provisioning that take place outside it.

Let’s start with some different kinds of giving: 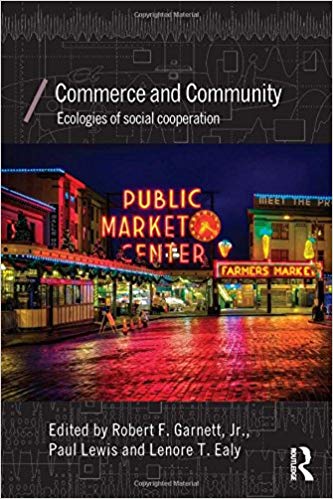 Let me stress that any of these gifts, even reciprocal ones, may be given in a spirit of love or generosity. The fact that returns may occur, whether from the recipient or in some other way, does not somehow eliminate this element of the gift as the more cynical gift theorists seem to believe. But gifts are also transfers of things that people need, and as such they also have an economic aspect. This brings us to a fourth kind of gift (there may be others, but I’ll stick with four here):

You might be tempted to question whether these are really gifts on the grounds that they entirely lack the spirit of generosity that is associated with less cynical interpretations of giving. Yet these recipe books are given away at no cost to the recipient and without any obligation to use them, let alone return anything of value to the giver. Just as it is too cynical to deny that there can be free gifts, it is too naive to deny that there can be commercially-motivated gifts. Such gifts may not attract the moral approval we give to some other forms of gift, but this is part of my point: not all gifts are equal.

Now we’re in a position to look at Google. One thing, incidentally, that makes this a particularly appropriate example is that this blog itself is (or, rather, used to be) hosted on the Blogger platform, provided free by Google to me and millions of other bloggers, and to you and millions of other readers. Blogger, though, is of little financial significance to Google in comparison with Google’s most popular free service – web search results. About six billion times a day, somebody types a search term into Google, and within a second or two receives a free list of search results back. It’s so ubiquitous that we use ‘google’ as a verb meaning ‘to search on the web’.

But are our search results really gifts? When you search the web through Google, you unavoidably also provide Google with valuable information. As a minimum, you type in a search term that tells Google what you are interested in right now. That is the holy grail of the advertising business, and Google is able to exploit it to sell advertising on the same page as your search results, advertising for products that are closely related to whatever you are looking for. Such advertising is far more likely to succeed than almost any other form, with the result that Google has earned enormous revenues from it – $45 billion from ads on its own sites in 2014 (not just search, but search is the largest component). By the middle of 2015 that revenue stream had made Google the second largest company in the world in terms of its valuation on the stock market.

But as we have seen, the donors of many gifts receive benefits as a result of giving, and this is not in itself enough to disqualify the original transfer from being a gift. Google may receive greater benefits from its giving than any other body in history (in financial terms at any rate), but that doesn’t mean that the things it provides us with are not gifts.

It may be tempting to see these transfers as exchanges, since we provide Google with something of value at the same time as they provide us with search results. But this is not a market exchange: it is not a contractual transfer of one thing as payment for another. We do not provide a search term in payment for our search results but rather because it is inherently impossible to obtain search results without providing one! But in providing the search term for one purpose, the user also incidentally, as an unintended byproduct, provides something of value to Google.

Google’s transfer to us, then, is a kind of inducement gift: a gift that generates the opportunity for a commercial transaction. More specifically, we may call it a loaded gift: a gift whose acceptance of use automatically entails a return that is in a sense hidden or at least secondary to the surface transfer. There are pre-digital parallels, notably free newspapers that earn revenue from local advertisers, but Google has taken the loaded gift to a historically unprecedented level of sophistication.

We can therefore see Google’s business as an innovative complex of transfer practices: Google provides a loaded gift of web services to its users, its users provide incidental transfers of information about themselves and their interests, and Google uses this to sell advertising. This complex contradicts both conventional and critical ways of thinking about the economy. The idea that you could run a successful business by giving away a free service to perhaps a quarter of the human race flies in the face of conventional economics. Yet it also confounds Marxist ideas that economic value under capitalism is essentially a product of wage labour: both the delivery of search results and the sale of advertising are thoroughly automated processes. Nor does it support conventional ideas of the gift economy, which is usually seen as an alternative to the commercial economy, in which people make personal connections on the basis of reciprocal obligations.

Google’s business hybridises a novel form of giving with a novel form of advertising in one of many economic forms that simply do not fit with the old understandings of the economy: forms that we can make more sense of as complexes of interacting economic practices. It is also one of the forms that I use to illustrate this argument my forthcoming book Profit and Gift in the Digital Economy (due out in 2016).

1 thought on “Does Google give gifts?”